Daniele Bondi, one of the most awarded Italian authors, has just published “Crimes in Little Italy” a page-turning thriller set in NYC. «This is a tightly-constructed page-turner – declares William E. Klein, a professor of Philosophy at New YorkUniversity” – which makes very interesting psychological and literary moves while carefully observing the body language (and shapes) of its characters. Also, a satiric Italian look at the American mafia genre, spiced up by mouth-watering descriptions of Italian food!»

As for the plot I assure you that, one you’ve started reading this book, it’ll be impossible to put it down. Roy Tarantino, a second-generation Italian-American, is a typical loser. He has lost everything—his business, his wife and son—and is about to commit suicide by jumping from his apartment on Mulberry Street, Little Italy, New York City. In the exact moment when he is about to jump, he hears a woman’s scream coming from the apartment just across the street. This strange coincidence will turn his failure of a life into a success as he becomes, after an intriguing series of crimes that unexpectedly cross his path, a talented middle-aged detective. These crimes, a rape and a murder, concern two friends, Jessica and Laura, who seem to have been wrongly exchanged by the rapist and the killer. Behind these crimes, an intriguing multiple love story—on the model of Madame Bovary—creates the texture of a fantastic plot that gives the reader several surprises. Roy becomes able to solve the mystery thanks to his knowledge of psychiatric illnesses and of great classic literature. But just a page before the end . . .

«“Crimes in Little Italy” – says Bill Vicic, a New York free lance psychotherapist – speeds from its beginning to its conclusion like a Ferrari on the open road in a very exciting and compelling way».  And indeed, psychiatric illnesses are quite important in this thriller. Daniele Bondi admits: «I asked Massimo Matteini, an Italian psychiatrist, to read it, just to verify if my theories were well founded. And he helped me a lot in order to use a more precise psychiatric illnesses terminology».

Let’s get back to the story. «The plot – continues professor Klein – is very tightly constructed and carries a lot of very interesting material with grace and expertise. It hits the bull’s eye on nearly every page and can be defined an “unputdownable” book!». I did read this book last week and I can tell you that I was forced to read it from cover to cover in one sitting. With a meticulously precise eye on the streets of New York City and a clever undercurrent that recalls Flaubert’s Madame Bovary, this novel offers an innovative approach to the thriller genre and will delight both lovers of thrillers and lovers of classic literature. 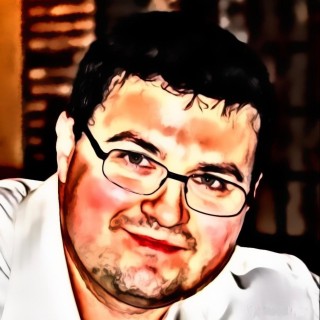